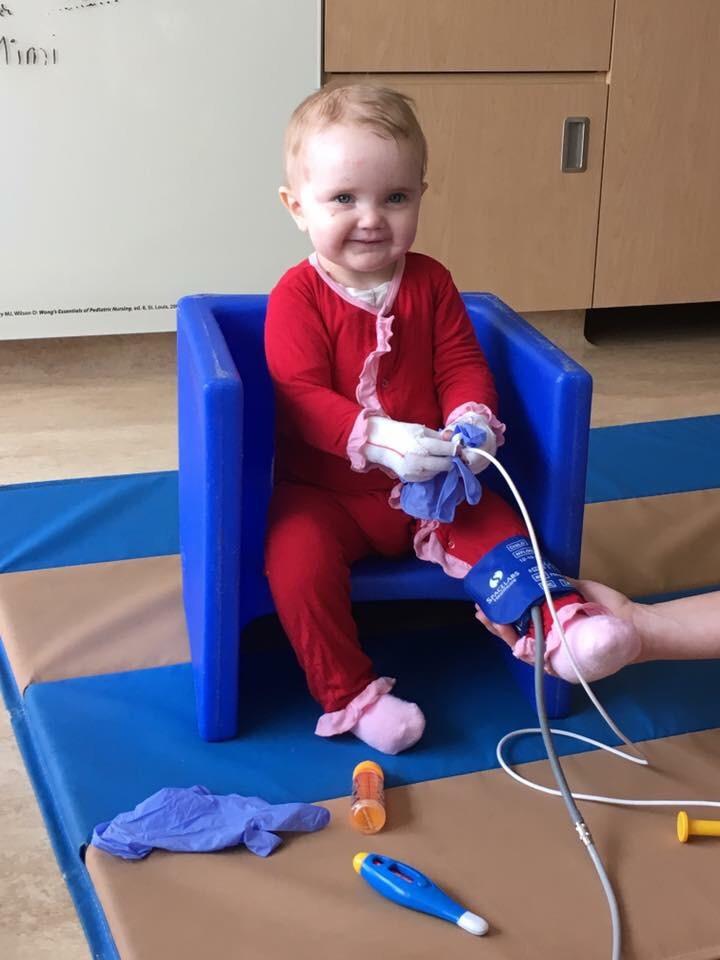 Day +21: Today marks one month of being inpatient in the hospital. I know that’s nothing compared to many families here, but I’m still happy that, barring any fevers, we get discharged tomorrow, as does Catt, the sweet girl Kiira’s age who had her BMT the same day as Kiira.
Kiira will likely go home on TPN and lipids, an IV nutritional supplement, so I learned how to set up the IV pump and mix the TPN together. I remember going home on a gtube pump last year and freaking out about it and now it’s second nature, so I’m not worried about learning how to do IVs. I’ll just add it to the set of skills Kiira’s care requires. We increased her gtube feeds today and we are only short by about 150 calories, so hopefully she won’t be on TPN for long. She still gets sick at least once at night or in the morning, but does great after she gets it out of her system.
Kiira is also suffering from mucositis, a common side effect of chemo and radiation so she has a lot of sores in her mouth and usually wakes up with dried blood around her mouth. However, she has tried to eat a little bit here and there and she isn’t crying in pain all day. She just tells me she has an owie in her mouth and then continues on with her day. She is somewhat used to sores in her mouth from EB anyway, but they usually aren’t this bad. It should pass quickly though.
Thank you for your prayers!