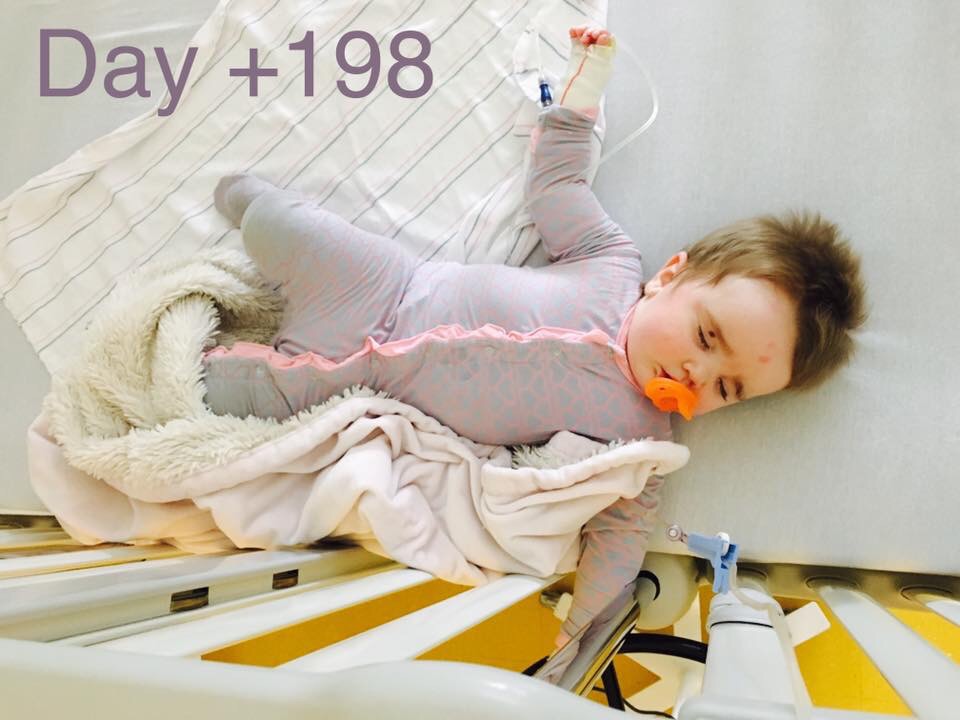 Because a planned easy/boring day in the hospital is like a jinx, Kiira made it more interesting once again. Her IgG levels were low, which meant she needed an IVIG infusion. I remember how miserable the one in November was without a PICC line (took numerous pokes and 90 minutes to find a vein and still ended up infusing into her arm instead of a vein), so I asked if they could give it to her before we take out the PICC today. Luckily they had an opening in the infusion clinic, got quick insurance coverage, and got her infusion going by 11, so we were done by 2.

Another issue was that the Epstein-Barr Virus (EBV–not to be confused with EB) is back, measuring at 2200 from Tuesday’s labs. It has stayed away since her 1 treatment for it in September, but decided to show up again. They drew another lab for it today. If it is back down, they won’t treat it, but it is the same or higher, she will have to do the full 4-week treatment this time, which consists of a long infusion each time, but can be done home in California. If you recall, EBV can cause the loss of a transplant and other very serious complications, so it has to be treated. I actually want to keep the PICC in for those treatments if needed. It requires daily care, but it’s worth it to keep Kiira from so many pokes and the huge discomfort that comes from holding her down for it. We should have lab results back by Monday, so we will come back then to remove her PICC line if the EBV went away.

We just keep rolling with the news day by day. I’m not freaking out like I did the first time she had EBV. They caught it very early (labs from Dec 30th did not detect it), so we’ll pray it’s gone today and if not, we’ll deal with the treatments. My main concern is this boost–praying it increases her counts, EBV and treatment doesn’t interfere with that and Kiira can keep being a trooper through all this.
Thank you for your continued prayers!